Hands on Learning began in Frankston in 1999 and now operates in more than 90 schools in Victoria.

It is an innovative education program that caters to the different ways young people learn. Small groups of students work collaboratively on authentic building projects that provide a platform for students to engage, grow confidence and achieve success at school. Hands on Learning fosters strong, long term relationships that help young people develop the skills and abilities they need to succeed in work and life like collaboration, problem solving, communication, resilience and empathy.

The schools are working together with agencies under Campaspe Youth Partnerships to deliver a range of programs aimed at helping young people remain engaged in their education. Hands on Learning is the latest addition.

Moama Bowling Club provided a grant for the purchase of a trailer and tools.

School Focused Youth Service is providing funding for materials for the construction and gardening projects at each school.

Hands on Learning commenced in our local schools at the end of term two. Students have been working a various construction and gardening projects using both new and recycled materials. 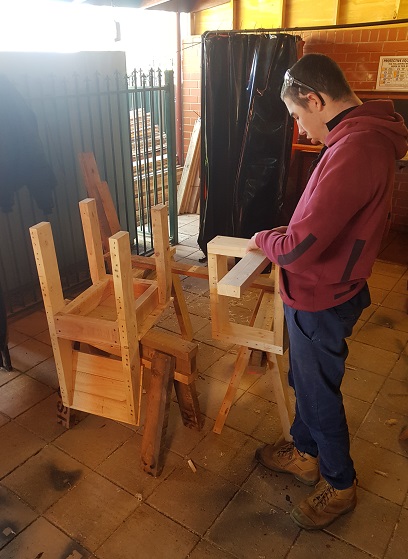 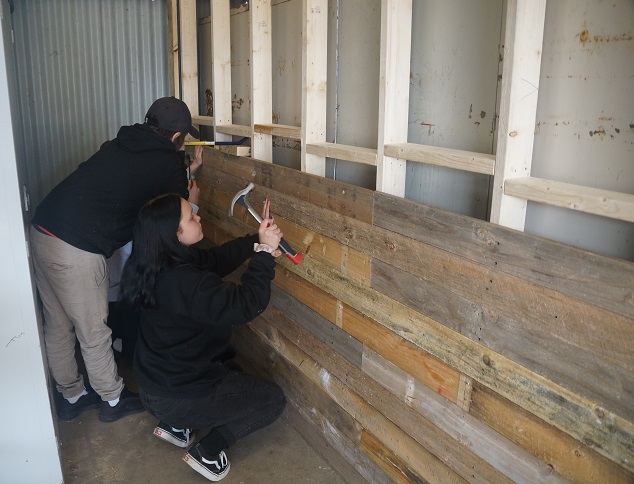 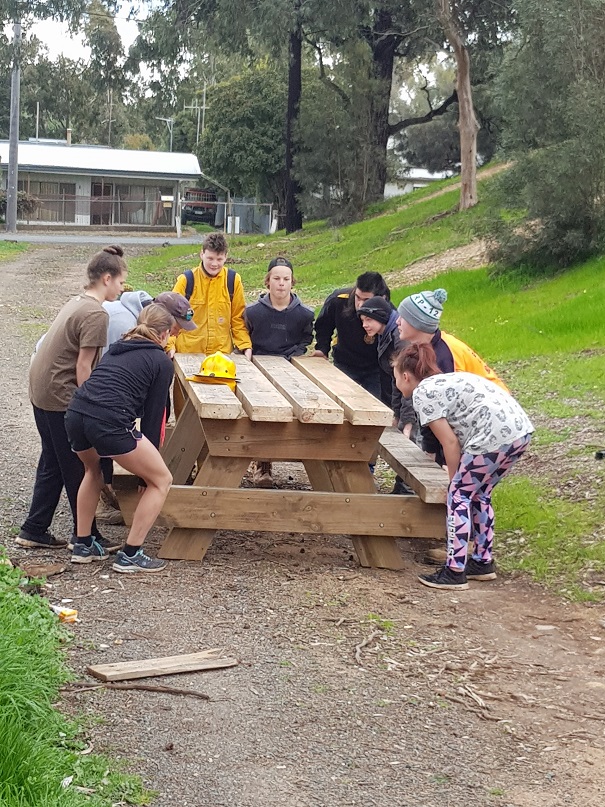 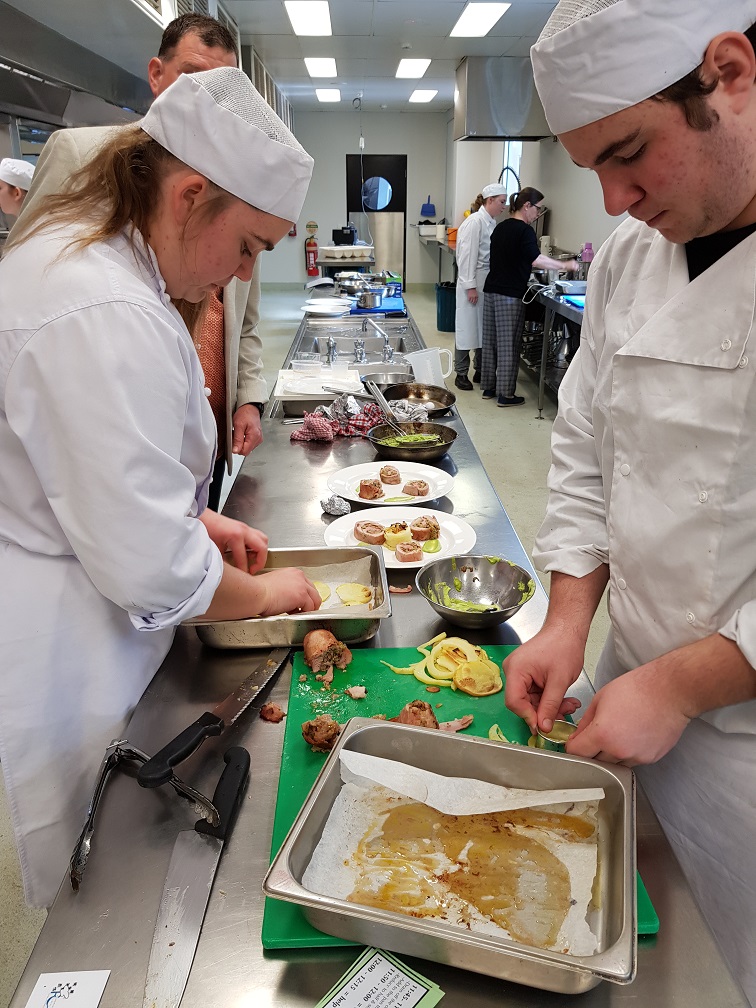 The Murray River Culinary Challenge is a three tiered competition.  At the school level, students compete individually to vie for a spot in the Regional Final.  The two top scoring students from each school are paired and compete as a team in the Regional Final, the top scoring team then progressing to the Grand Final.  Menus in each level of the competition become progressively more difficult and are designed for students to be able to demonstrate their skills learnt during their hospitality training.

Students had been practicing the three skills based menu dishes in class with their trainers, Craig Danswan at Echuca College, Rick Smollenaars at TAFE and the Kyabram students at GO TAFE. The School level events were held over two weeks in June.

The Regional menu of Tempura Prawns, Pork Tenderloin Roulade and Sticky Date Pudding is designed for students to show their newly acquired knife skills and basic methods of cookery.

Each team had 2.5 hours to present two serves of each of the 3 dishes.

The industry judges, Paul & Nikki Cohen were looking for consistency, flavour and were certainly impressed with the creative presentation from the students. A big thank you to our Industry judges who gave their time and expertise, to not just judge, but support and mentor the students through the competition.

The students that will go through to the Grand Final are Cloe O’Brien and Nathan Huismann from St Joseph’s College Echuca.

Congratulations and good luck for the Grand Final to be held at Galen Catholic College, Wangaratta on Monday 9 September 2019.

The coveted Murray River Culinary Challenge trophy, a piece of highly polished red gum sourced from the Koondrook forest, is residing with the reigning champions, Wangaratta High School, and will be hotly contested. 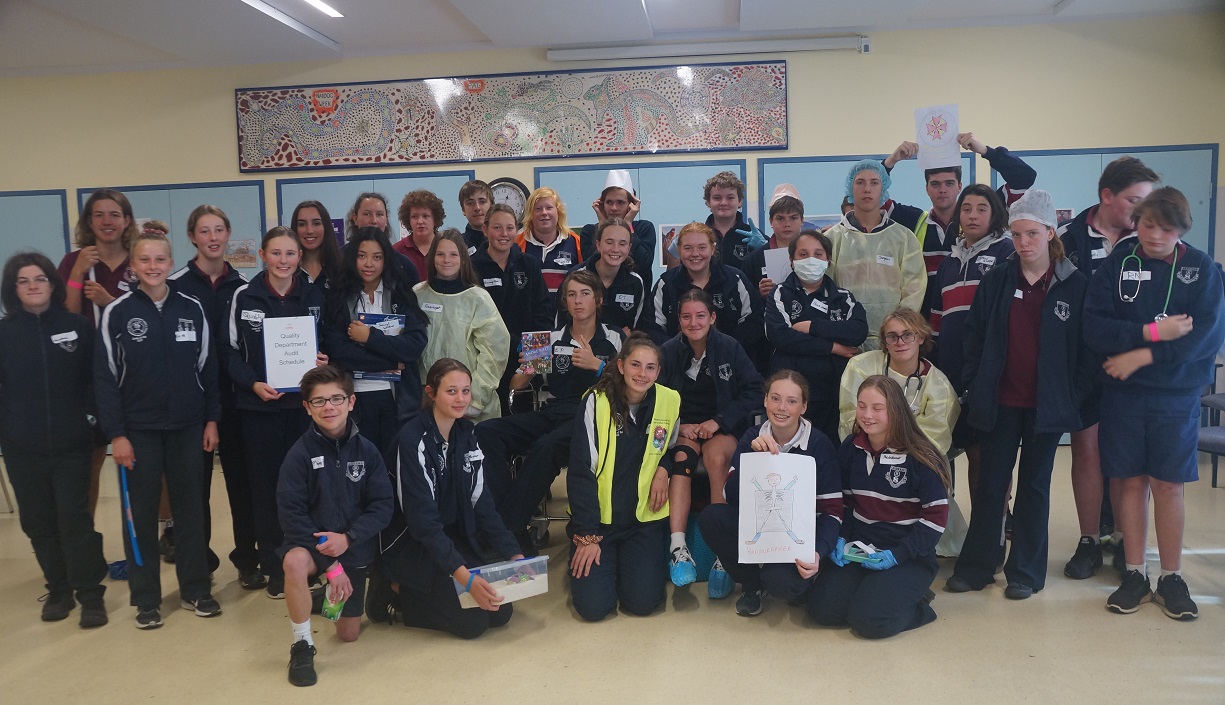 Former Rochester Secondary College student Caitlyn Byrne shared her experiences of going to La Trobe University in Bendigo where she is in the second year of her nursing and midwifery course.

The final activity for the day was a demonstration of how many health workers may be required to assist a patient from an initial injury to full recovery. Almost every student was allocated a role, showing the supports available and the occupations involved.

VCAL students cooked a BBQ lunch for students and staff. Students received a showbag of careers and health information to take home.

Student feedback on the day underscored how valuable interactive workshops are for capturing their imagination and interest. Students enjoyed learning about the variety of careers and roles in health.

Our thanks to Cheryl Petrini of REDHS for organising all of the workshops.

Thanks also to Campaspe News for this coverage of the day https://www.facebook.com/CampaspeNews/videos/737342746698282/